(Maybe at some point I’ll go back and post about all of those 2020 trips.) 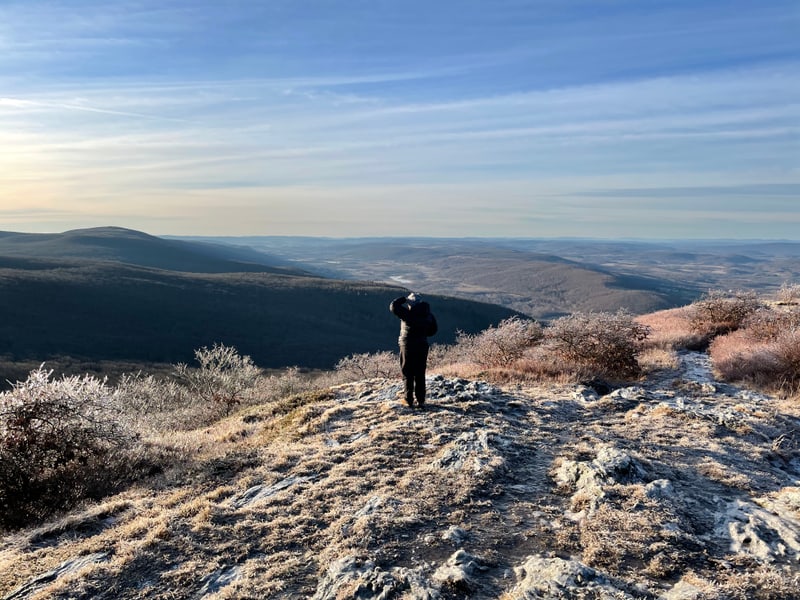 New Year’s Eve camping with M– at the top of Alander Mountain, the ascent of which was deeply treacherous because there’d been an ice storm and we didn’t bring the microspikes. Yes, I’m double-counting this one for both 2020 and 2021. 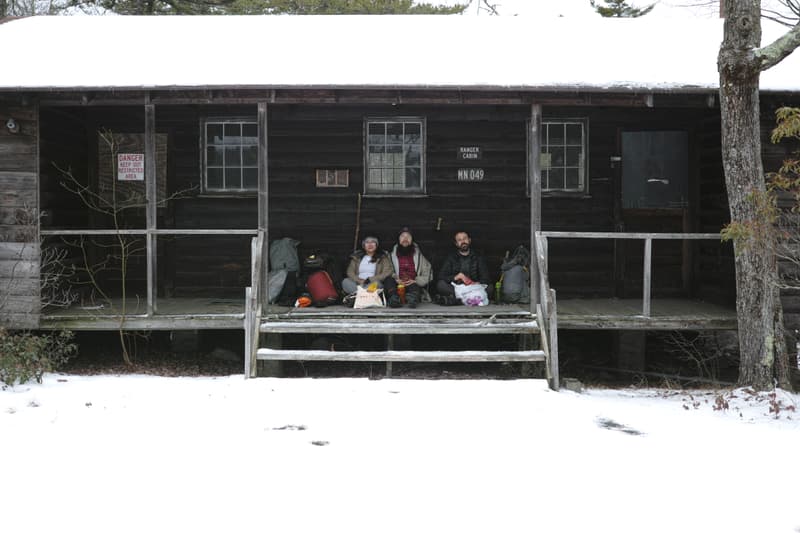 You can’t camp at Minnewaska but you can hike through it and camp in the adjoining Witch’s Hole State Forest, which we did. With Daniel, Sean, and Esmi. 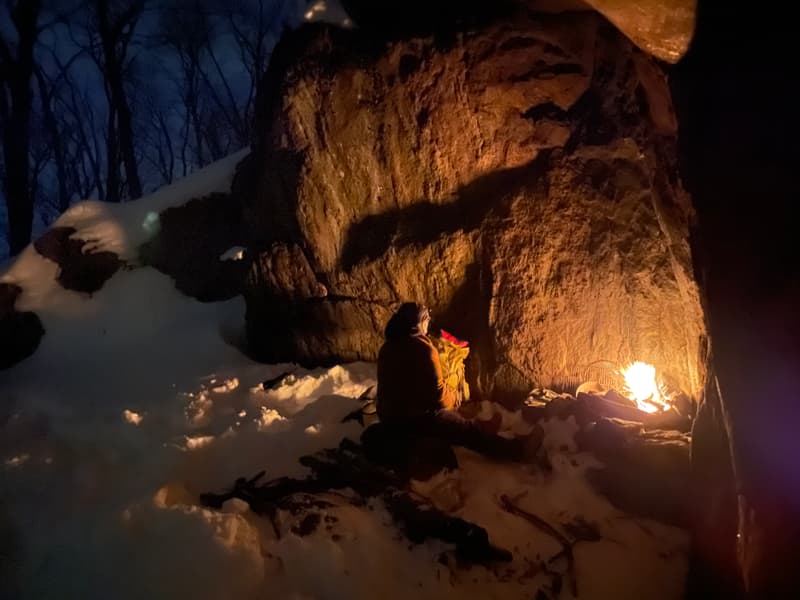 We thought for sure the trails at Harriman would be packed down. They weren’t. Miles of postholing later, we found the shelter already taken. But we found this spot–better than the shelter, I think–nearby. 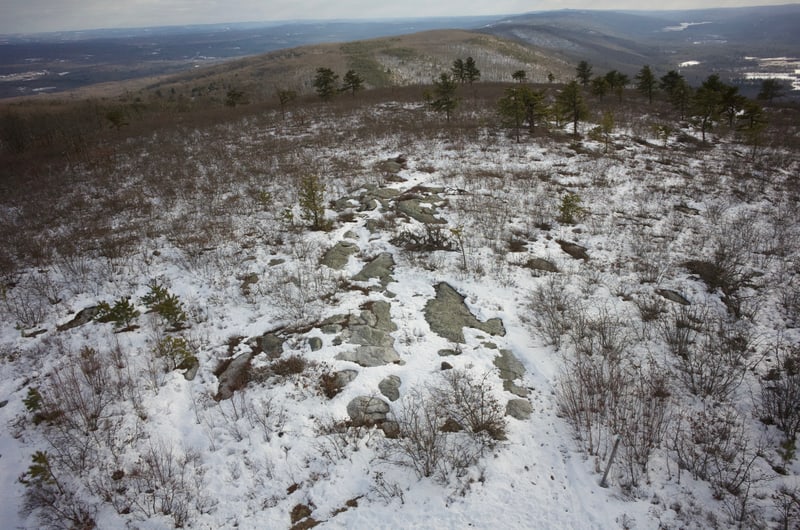 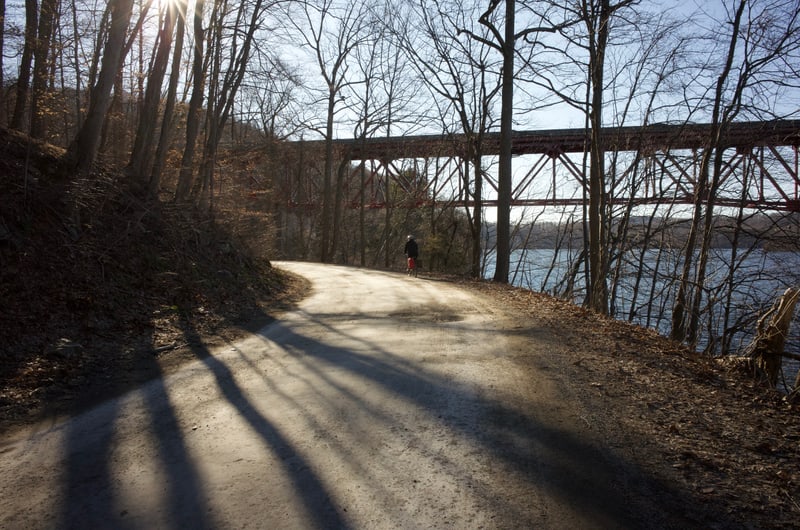 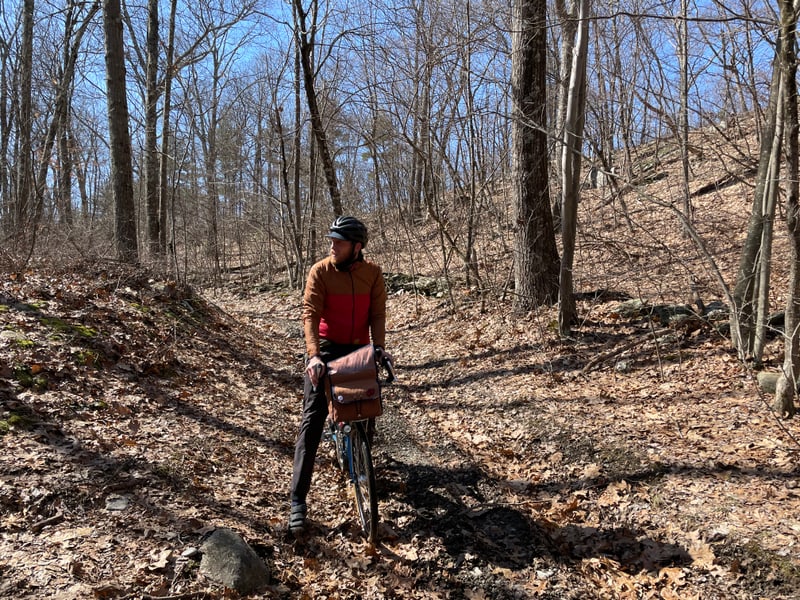 Weekend service to Wassaic hadn’t yet resumed, so we did a pretty long day from Brewster to Beebe Hill, and then another long day to Poughkeepsie. By the end we were pretty cooked. 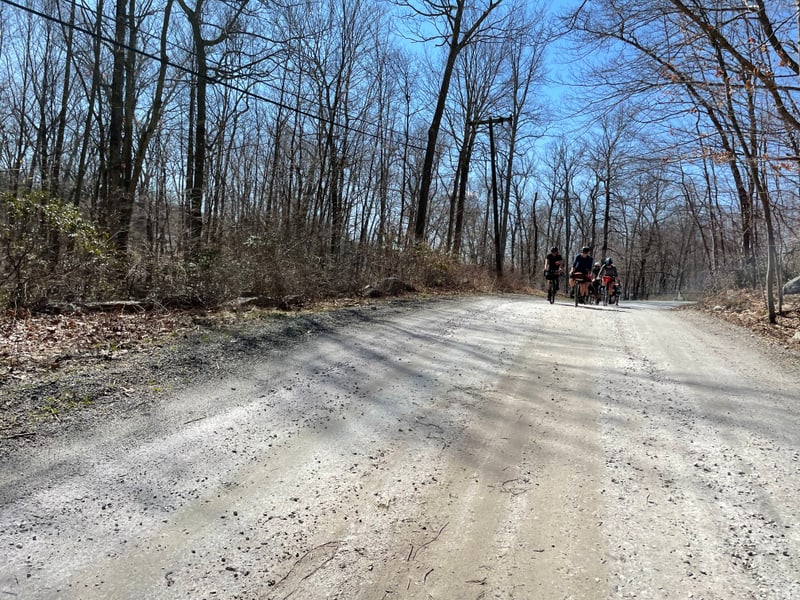 Rode to California Hill with a bunch of NYC ADV folks. 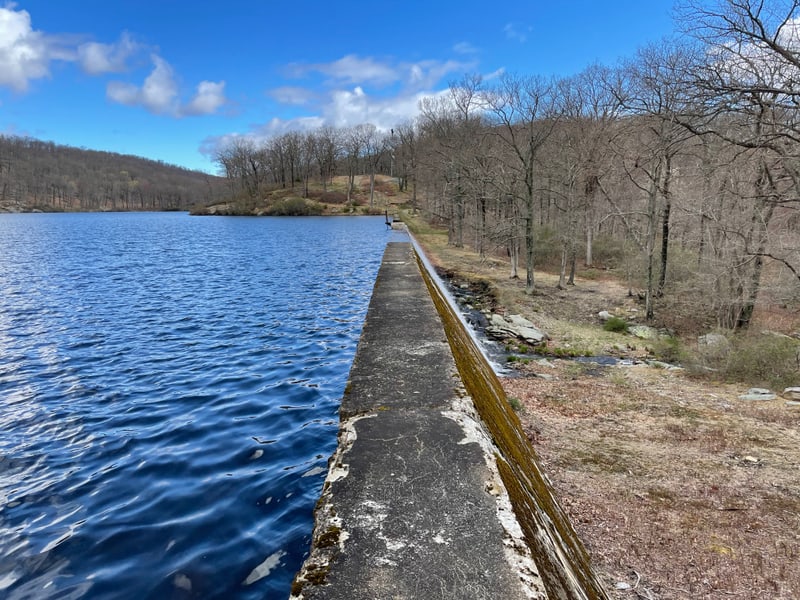 A classic Harriman overnight to Lake Skenonto with Daniel, Sean, and Esmi. It wasn’t supposed to rain, but it did. 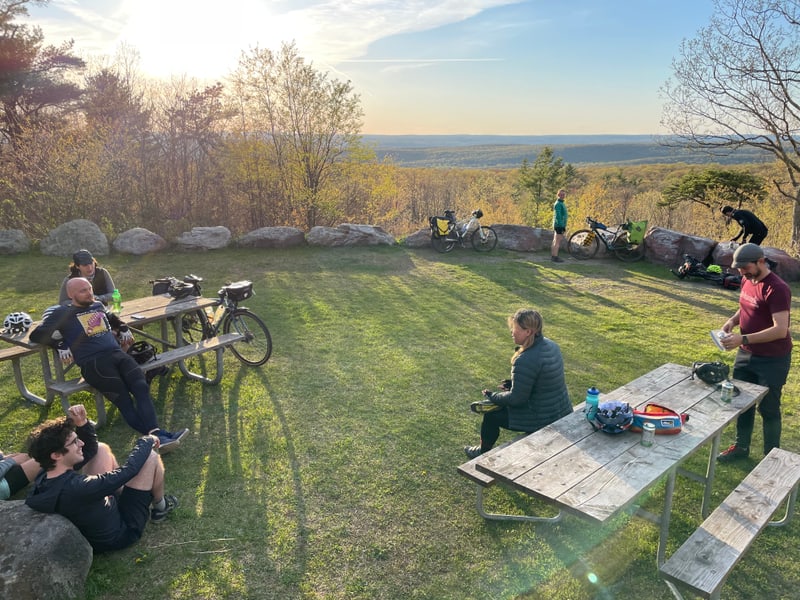 A lovely mixed-terrain ride along the Delaware Water Gap with the NYC ADV crew. 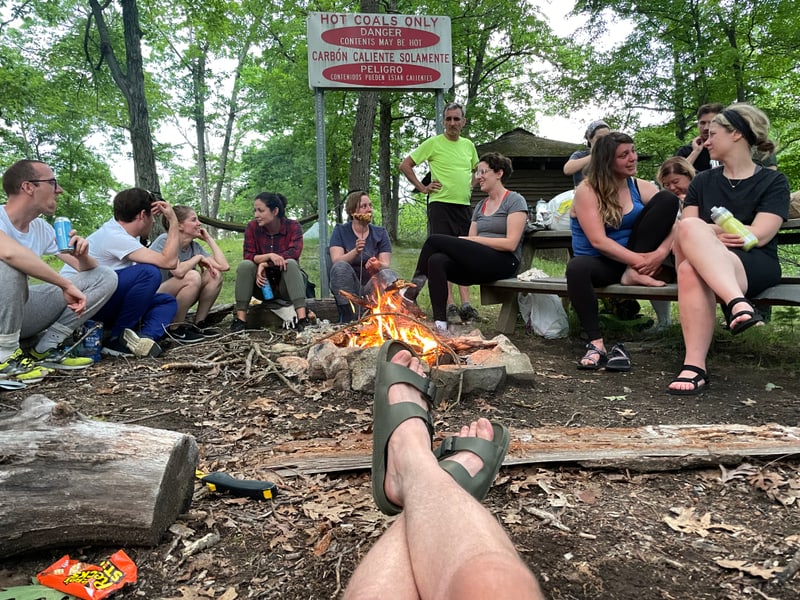 The “clubhouse” at Harriman is the classic NYC ADV ride destination, but I hadn’t been there in years. Riding through Jersey isn’t the most scenic, but it turns out that with a great group it’s still a ton of fun. 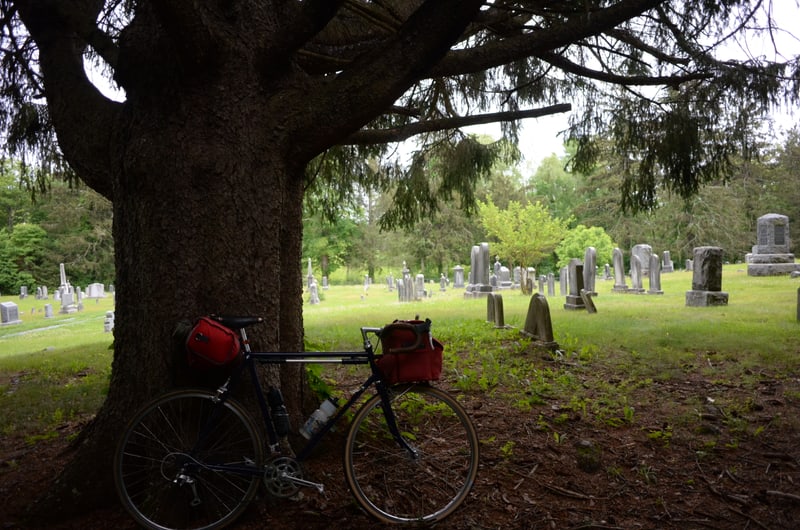 I rode to New Forge State Forest because the map showed a swimming hole (something I have never seen indicated on any other DEC map). The swimming hole does exist, but it required some pretty intense bushwacking to get there; most of this state forest is very dense with brush. I cowboy camped on my Thermarest Uberlite pad and punctured it irreparably, so I spent the night on the ground. (Thermarest replaced it under warranty, and then they replaced the replacement when a baffle failed on the first night. I’m still trying to decide if I dare try to use the second replacement or if I should sell it to somebody luckier.) 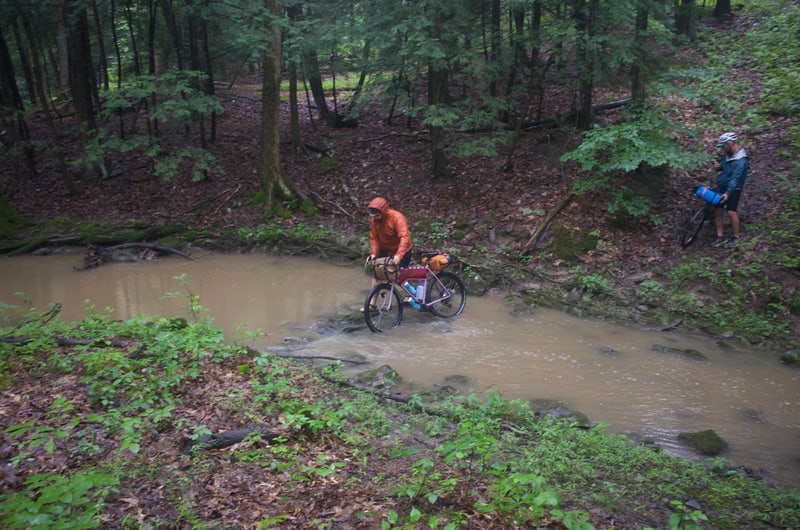 Mike and I (and Isaac, who joined for the first two days) had scheduled time off work for this tour and as it approached, the forecast got worse by the day. It ended up raining three of the four days of this trip–hard enough to kill Isaac’s phone. After a very wet first night in our tents, we diverted to lean-tos for the remaining two nights. On the second night a friendly local brought us some dry firewood at the top of Beebe Hill. 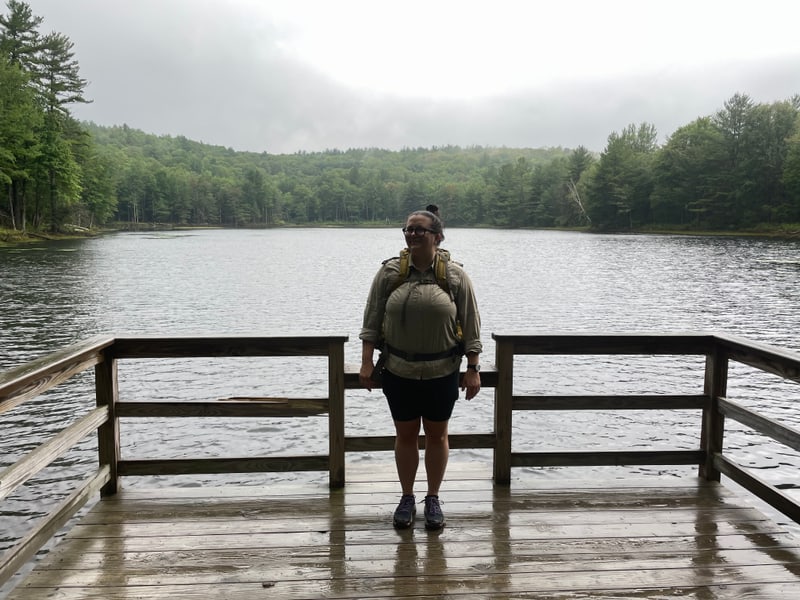 M– and I spent the weekend driving around the Hudson Valley, and camped at Hand Hollow next to this lovely pond. Luckily the rain didn’t start until after we went to bed. 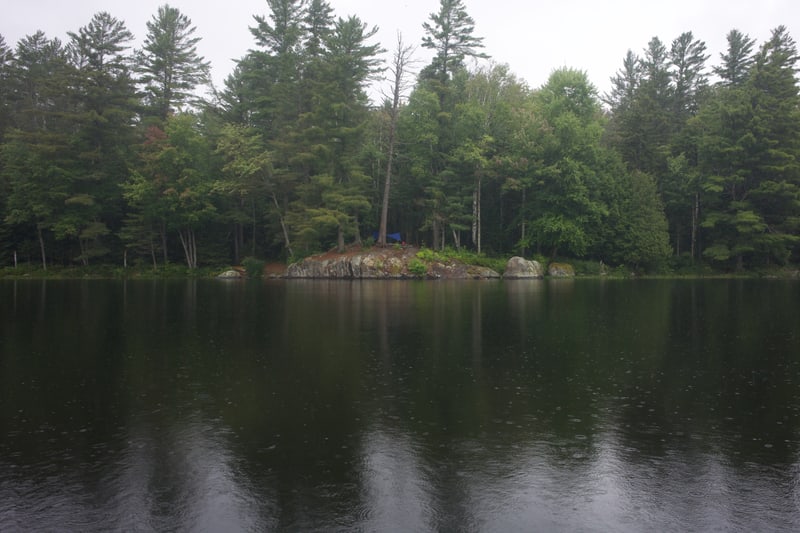 My first canoe-camping experience! We (Emily, Annie, Michael, and I) did the Floodwood Pond loop. As with most of my trips this summer, it rained a good deal and we spent plenty of time under a tarp while Emily taught us to play euchre. 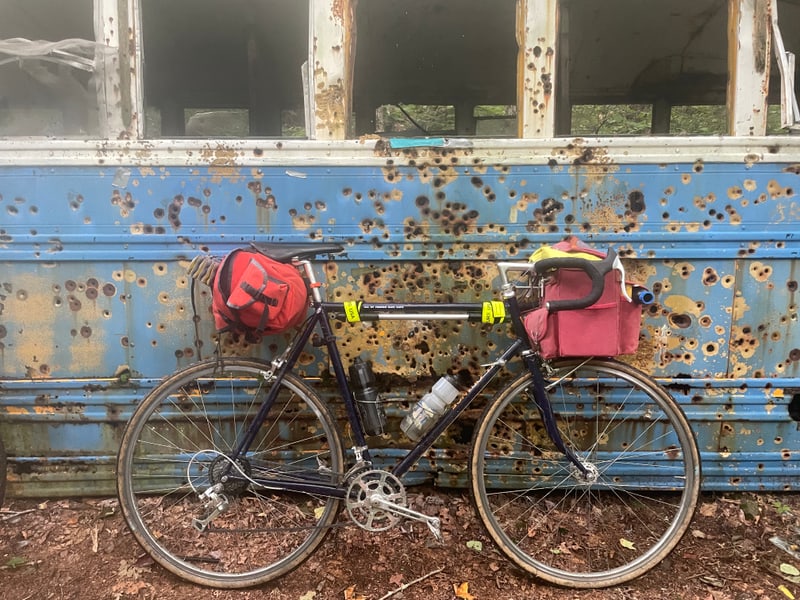 Roundabout Brattleboro bikepacking route with Chris D. One of the hardest and best rides I’ve ever done. My rando bike was totally outgunned by this terrain (I broke a spoke), but I can’t stop thinking about going back. 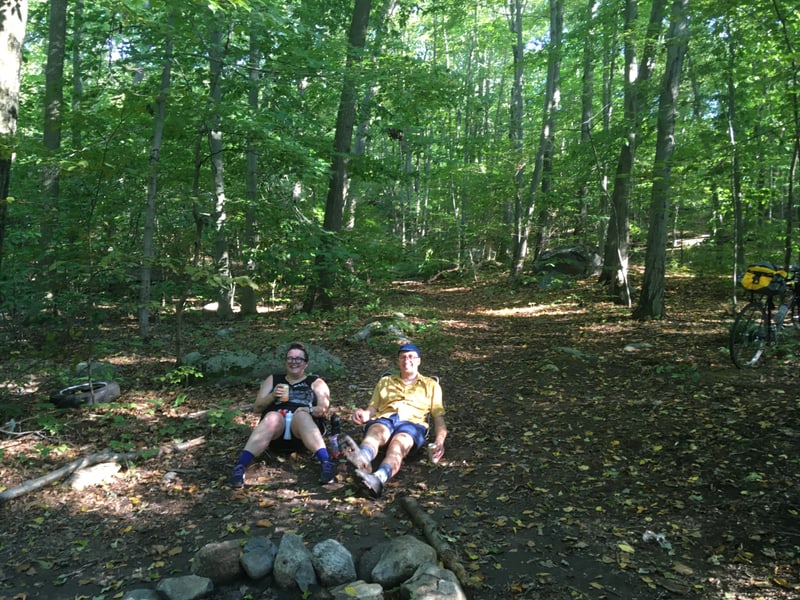 M– and I rode from Brewster to California Hill to meet a group of NYC ADV folks riding from White Plains. This was my first night out in my new hammock. 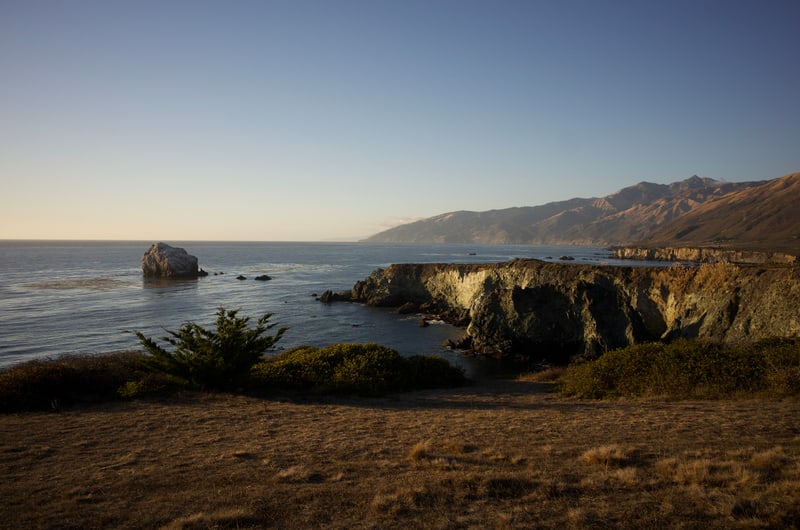 I love the East Coast but primitive camping by the ocean at Big Sur was absolutely a peak experience, and the highlight of our road trip from LA to Portland. 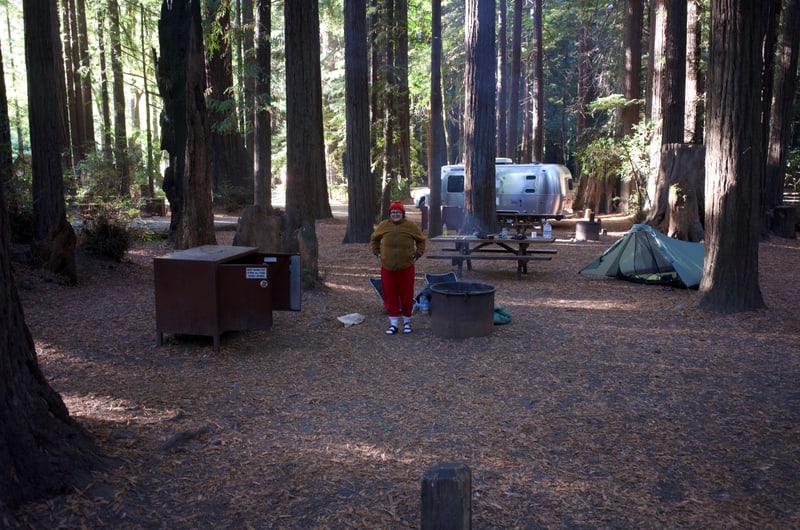 Camping in the redwoods along the Avenue of the Giants wasn’t too shabby either. 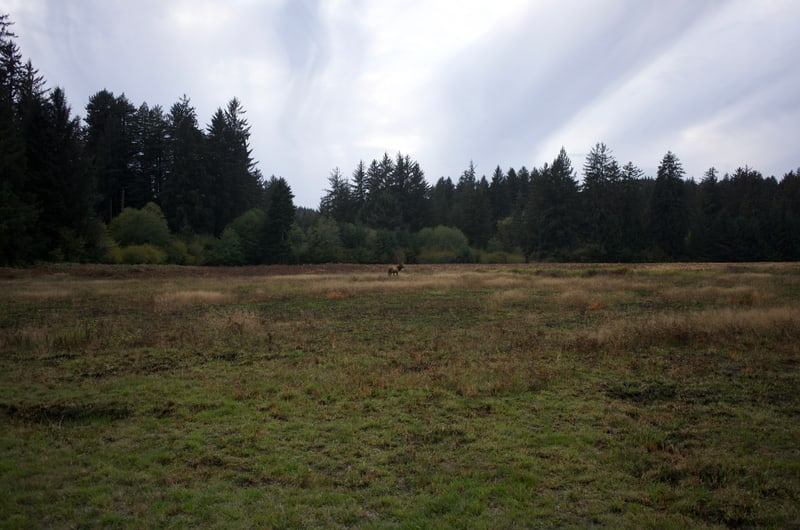 I thought “Elk Prairie” was just a nice evocative name for this campground, but in fact it was quite literal. 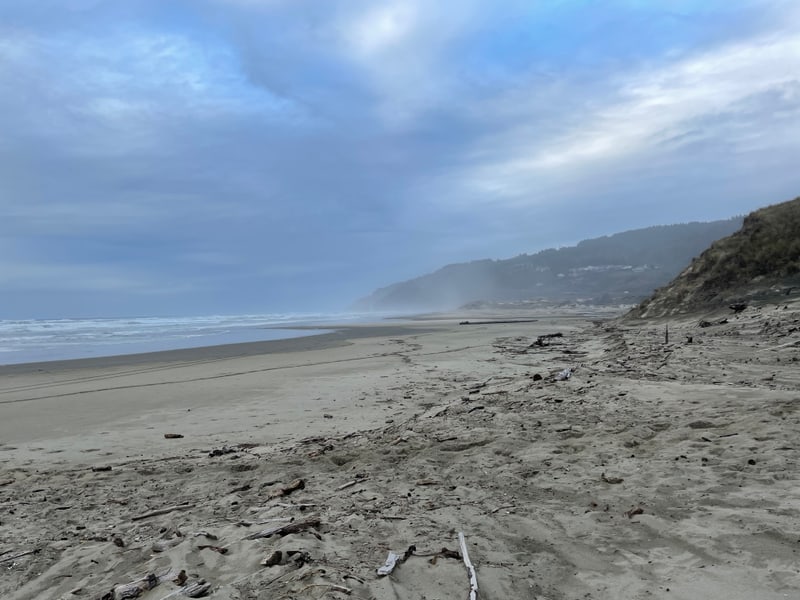 This campground was empty and a little eerie, but the adjacent beach was lovely. 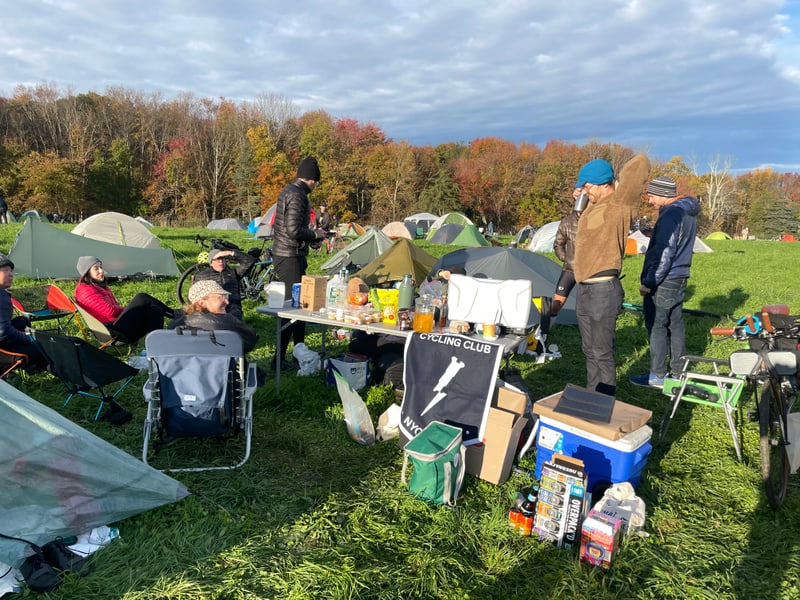 I missed last year’s Nutmeg Nor’easter but this year we had a big NYC ADV contingent and the ride was wonderful. I sent my derailleur into the spokes with eight miles to go; some friendly New Haven bike coop folks helped me get the bike rideable but I still had to limp back to camp in a single gear. Back in the city it took a month and $300 to get the dropout repaired. 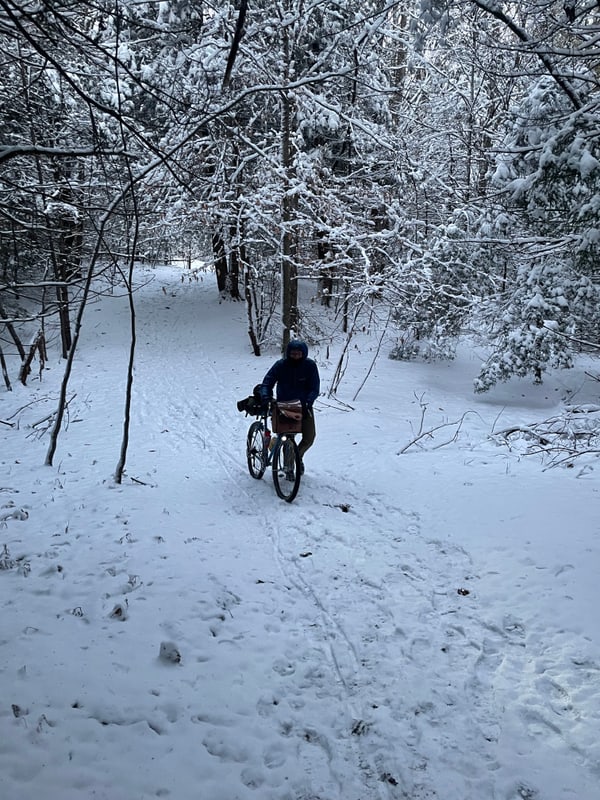 By the time my bike was repaired I was desperate to camp, and I’d planned a ride to Alander Mountain with Chris 2. Conditions were considerably more wintry than we’d bargained for, and the mostly-rideable trail into the site turned into arduous hike-a-bike with snow on the ground. But we had a nice fire and some whiskey to keep us warm.

After plans for a NYE bike ride fell through, at the last minute M– and I decided to drive upstate to spend the night outside at Harvey Mountain State Forest. Despite gloomy skies, rain, and a flat tire the next morning, it was a night well spent.