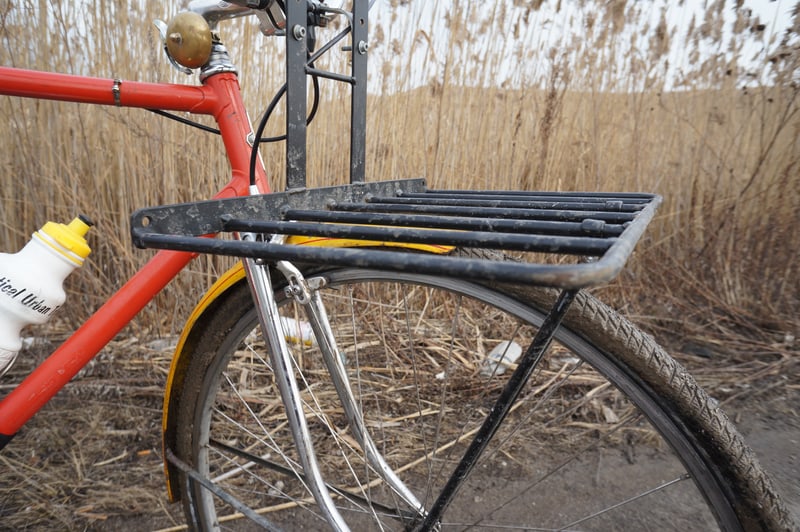 It’s been a year and a half since I found this wonderful porteur rack (on Craigslist, for a song), and the only thing wrong with it is that Cetma (which is a guy named Lane Kagay in California) doesn’t make them anymore.

He now sells a 5-rail version, with a platform 11″ square (versus 11″ × 17″ on my 7-rail). The 5-rail is probably just as useful as the 7-rail for most of the things you’d want to use a front rack for. I’m sure it’s a bit lighter (the 7-rail, if I’m remembering correctly, weighs something north of four pounds, not far off the weight of a decent steel bike frame). And he’s made much-needed improvements to the connection between the support struts and the platform. But what I love in the 7-rail is how delightfully excessive it is. It is the Humvee of bike racks. There are dedicated cargo bikes with less capacity than my bike has with this rack. 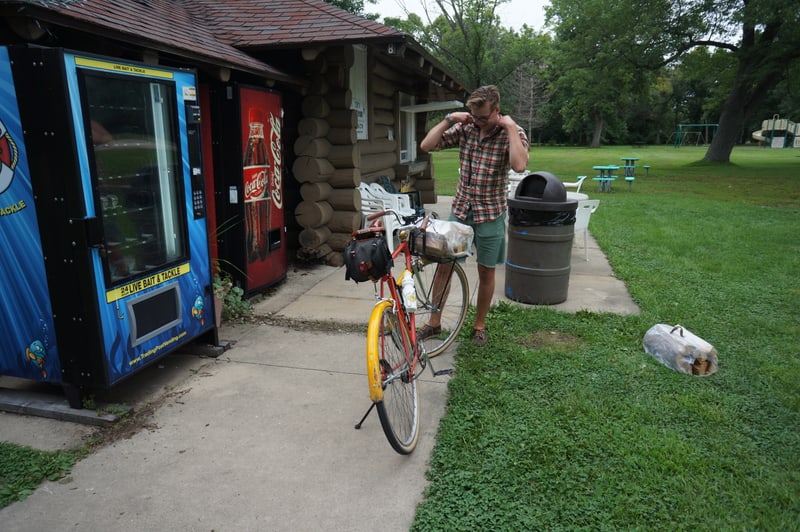 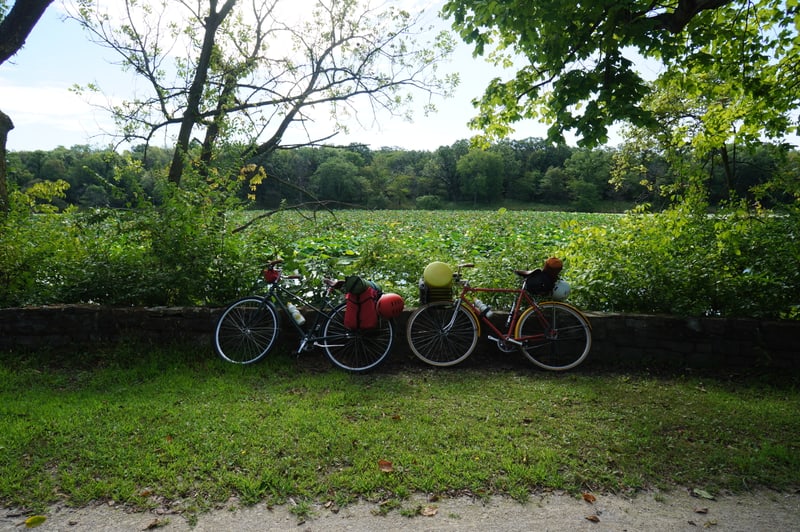 Last year’s Christmas tree (this year, we live closer to Gethsemane and it was easier just to walk): 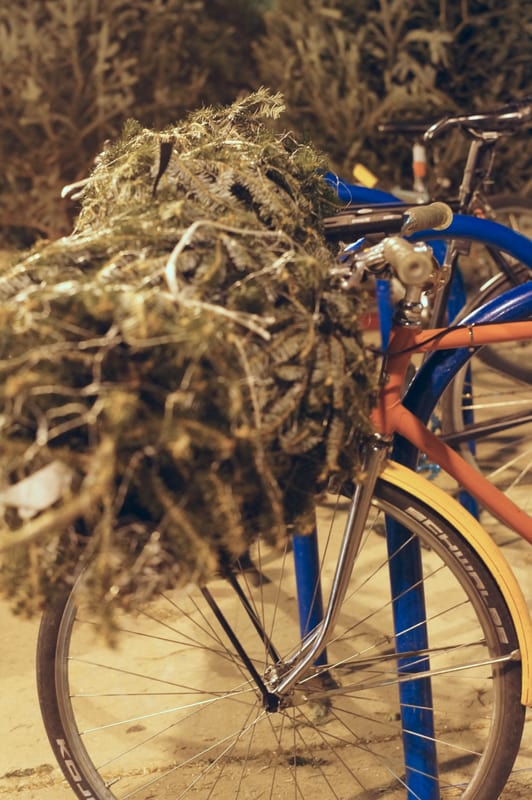 And plenty of groceries, take-out, parcels, and so on. I’ve become one of those people who delight in carrying things on their bike that other people might reasonably assume are unsuitable. The other day at the Jesus “Chuy” Garcia for Mayor field office M— began to decline a staffer’s offer of a large yard sign1, since we’d ridden our bikes. But of course it fit perfectly on the Cetma rack, held securely by Arno straps, and in fact the stakes protruding forward lent the bike a pleasantly insectile affect which kept passing drivers at a slightly greater remove than usual.

I’m fully sold on the porteur rack concept for city riding and I don’t imagine I’ll ever want to deal with a rear rack again. The cargo capacity is better, and, on the right bike, the handling is much better too (I think I prefer the handling of my city bike—built up from a 1970s Centurion frame, model unknown—with the rack loaded to its unloaded handling, although I’m sure its designers never anticipated that it would be subject to such abuse).

There are a couple of minor drawbacks to this rack:

But overall it’s fantastic: well-made and well-thought-out. My bike would be a far less versatile machine without this superior rack.