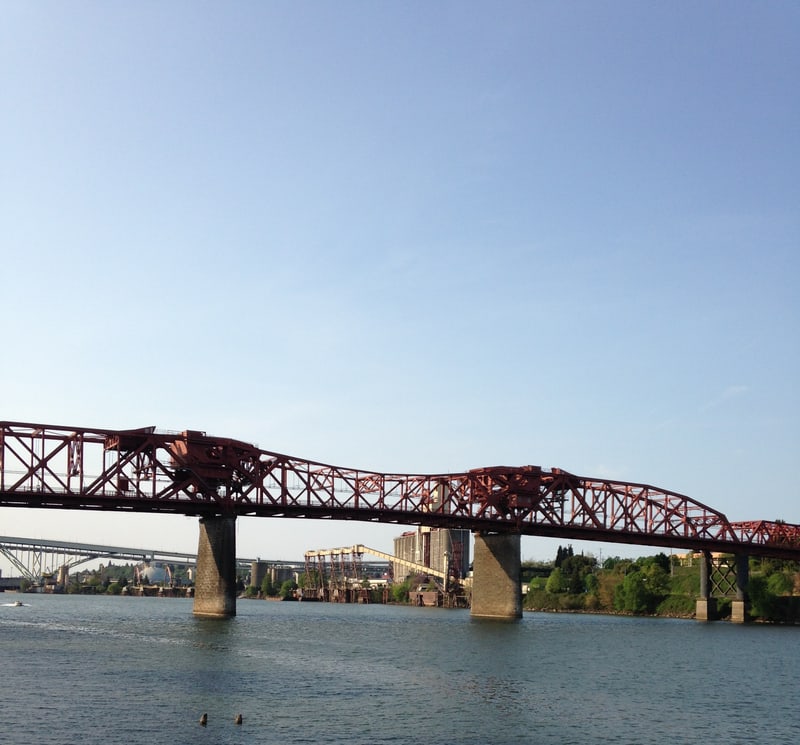 I’m just back from lovely Portland (my first visit since 2005–damn, has it been that long?), where I attended Clojure/West 2015–my first Clojure conference. It’s been a wonderful experience thanks to the speakers and organizers, but also to the half-dozen or more of my fellow former Outpacers with whom I was able to catch up.

Below I’ve described a few of the talks that stood out to me. (There were many other excellent talks I saw which I haven’t mentioned here, as well as talks I missed but have heard good things about. Make sure to check out the whole list–and thank you to Cognitect for making these talks freely available online so quickly.)

Robert Krahn described cloxp, a web-based environment for exploratory programming in Clojure. Cloxp looks intriguing, and it’s immensely encouraging to see people thinking creatively about the environments in which we spend our working lives. Krahn mentioned as a good description of the Smalltalk development environment a blog post called “Swimming with the Fish”, which is worth reading in its entirety:

As a Smalltalker, you’re used to “swimming with the fish”. You live in the same world as the objects you’re exploring. You can reach out and touch them, manipulate them, turn things and see how it feels. You can go anywhere and do anything. You can go behind the scenes and figure things out.

Boot Can Build It

Alan Dipert and Micha Niskin presented their new build framework, Boot. There are some echoes of ASDF in the idea of using composable tasks which can run arbitrary code–I’d love to know whether the Boot authors were familiar with it.

Even more interesting was the FileSet abstraction which serves as the fundamental structure exchanged between tasks, serving a role analogous to text streams in Unix pipes.

I was on the fence about switching to Boot from Leiningen, but this talk sold me on giving it a try for my next project.

Well I Wouldn’t Want to Make a *Dys*functional Game

To be honest, I wasn’t expecting to get much out of this talk–I’m not a gamer and have little interest in game programming. But I ended up really enjoying it, mostly because it turned out to be what the speaker (Morgan Mullaney) described as “an anthropological exploration of Lisp in games.” It was fascinating to hear the details of how Lisp was used in games like Abuse and Vendetta Online (where the developers, apparently made of sterner stuff than I, used the REPL to script one-off in-game events in real time in production).

This talk also reminded me of David O’Toole’s amazing work around Xelf, an “Emacs for games” written in Common Lisp, which I really need to explore in detail someday. (OK, maybe I have some interest in game programming after all.)

Nathan Sorenson described a lightweight DSL for describing types which he built at SparkFund, but the specifics of this system weren’t what made this talk so great. He used the system as a way to talk about what types are for (expressing abstractions, not enforcing correctness). My favorite (paraphrased) quote: “Saying that types are a premature optimization is like saying that design is a premature optimization.” This might be the talk that finally convinces me to learn Haskell.

The short version: splittable, immutable random number generation is key to a lot of desired test.check use cases, but is a surprisingly tricky thing to implement.

I have to confess that it was probably 10 or 15 minutes into this talk before I realized that the speaker, Elena Machkasova, was the adviser on “Improving Error Messages in the Clojure Programming Language,” a paper I stumbled upon after getting fed up with (some of) Clojure’s error messages. Since this is a particular hobby-horse of mine, I enjoyed the talk and it lead to some great discussion during the Q&A.

I almost didn’t go to this talk. I haven’t used ClojureScript and do little front-end work these days. The talk scheduled opposite, Anthony Marcar’s Clojure at Scale, looked interesting and relevant to the work that I’ve been doing recently. (In fact I’m told it was great and plan to watch it shortly.)

But I do have a weakness for interesting development tools and environments. And then I saw that Bruce Hauman lives in a geodesic dome which he designed and built, and, well, how could I not go to his talk?

Figwheel allows you to make REPL-style changes to the running ClojureScript code in a live browser (or even multiple browsers simultaneously!) over WebSockets without losing DOM or other application state. It’s the tool I always wanted back when I did work on the front end–a really impressive achievement. All in all, a big win for my dome-oriented decision-making technique; +1, would use again. (There’s no link to the video because it is embargoed until after Euroclojure.)

Visual Situation Recognition: An Integration of Deep Networks and Analogy-Making

I’ve heard several people describe this, the closing keynote, as the standout talk of the conference, as it was for me. Dr. Melanie Mitchell talked about her Common Lisp analogy-making software Copycat and gave a demo (using a modified Scheme version called Metacat), then described her current research in using similar analogy-making techniques in conjunction with image recognition tools to perform “situation recognition.” I’m not doing it justice; watch this one if you want to get excited about what we can do with computers.