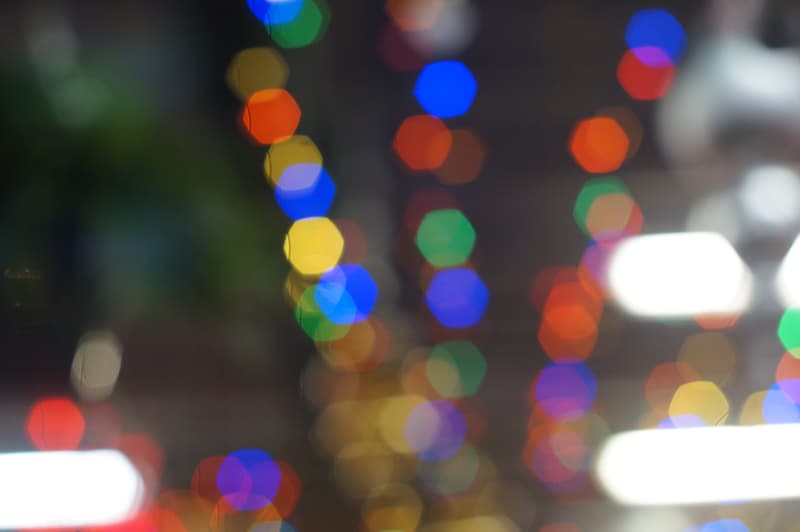 I haven’t had time to keep up over the past month but I wanted to quickly post a few photos and a few brief notes. 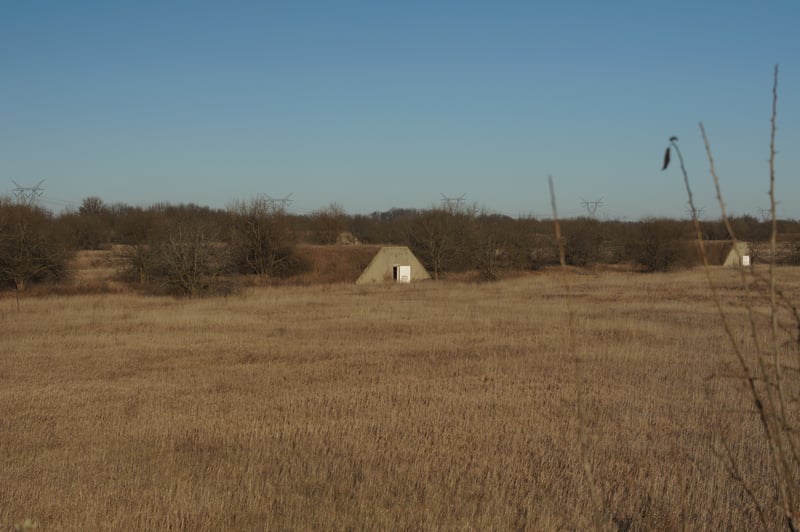 M— and I got a Zipcar and went out to the Midewin National Tallgrass Prairie. This was a bust; the “prairie” is composed mostly of cultivated soybean fields. But there are abandoned Army explosives bunkers you can poke around, which is a little bit fun.

For Thanksgiving we went to Kansas, but I didn’t have time to take any pictures among the whirlwind of visiting and eating (three turkeys!). 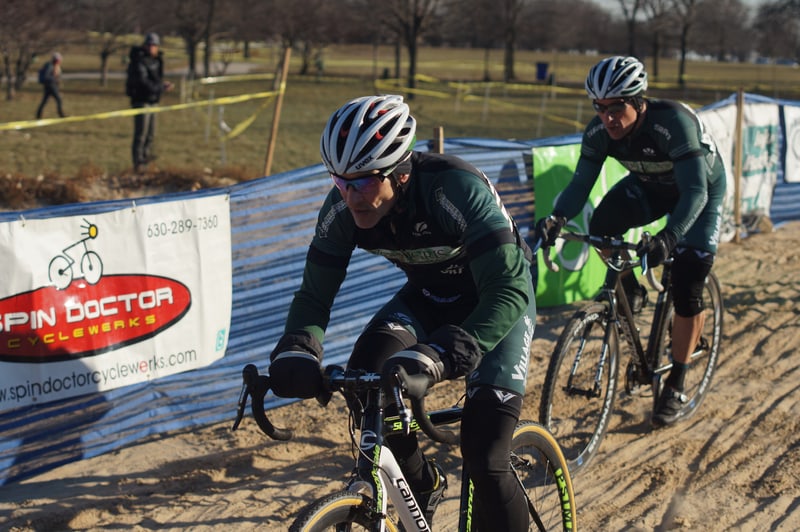 On a brutally cold day I dragged M—, who is very patient with my crazy ideas, to watch the state cyclocross championships at Montrose Harbor. Unfortunately we chose to go the first day of the two-day event and missed the guy competing on a Divvy bike on the second day. 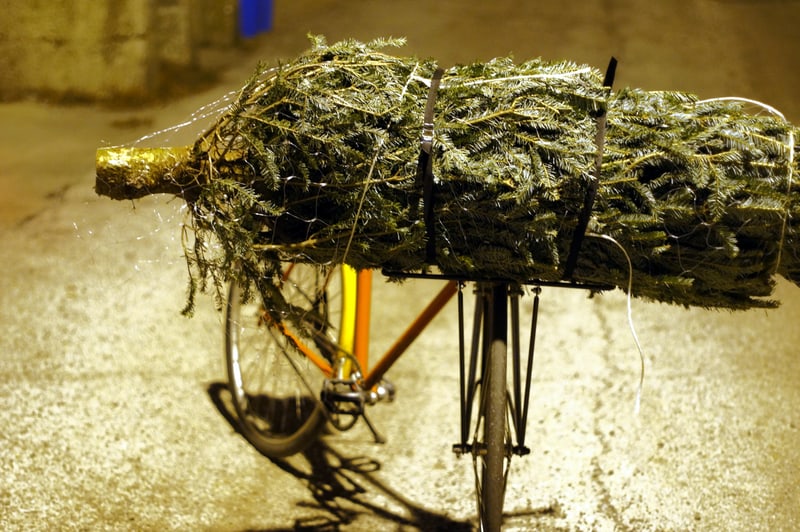 For the first time since I was a kid, I had a Christmas tree this year. We found a nice and manageably-sized Frasier fir at Gethsemane Garden Center in Andersonville and, yes, I brought it home on my bike. (With that much weight that far outboard, the steering is every bit as terrifying as you’d expect, and once you begin to turn it can be a dicey proposition to try to stop; but it was fine for the mile or so I had to go.) 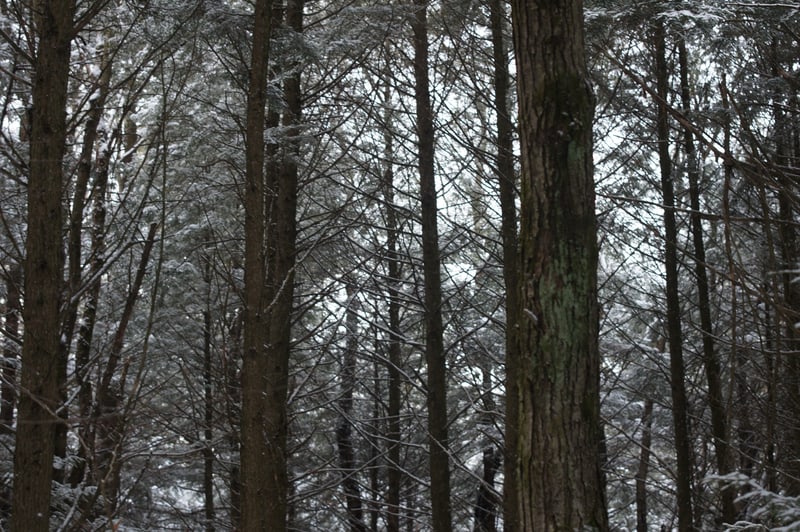 At the beginning of December we made it out to New York to visit my parents and sister. We were lucky enough to get to help with the holiday preparations. In Chicago we are reduced to buying trees out of parking lots; but in upstate New York if you want to preserve any self-respect at all you go out to a tree farm in the middle of nowhere and dispatch the thing yourself. 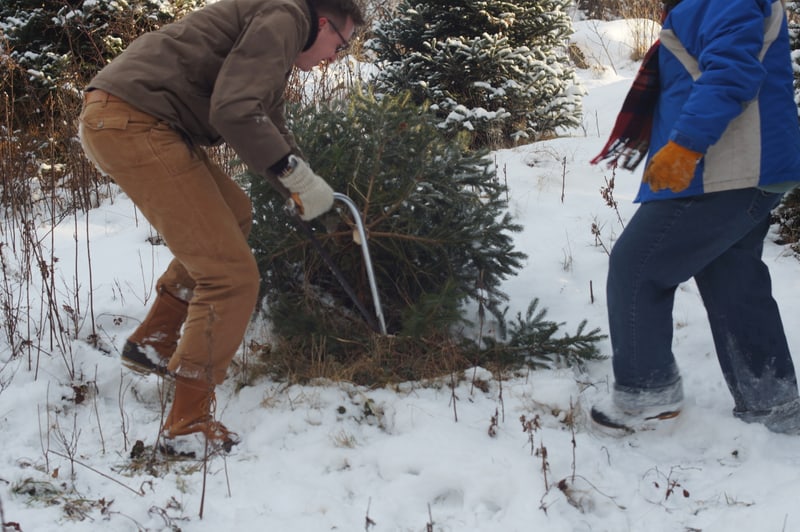 Now we’re back in Chicago, the tree is in the alley, the holiday chaos is subsiding, and things are almost back to normal. Without the pressures of Christmas and travel, we were a bit at loose ends this weekend, but today we made it out to Ryerson Woods in Lake County for a quick (and chilly) walk along the river and past all the old cabins. Every year I feel like it isn’t until after the holidays are done with that I can really appreciate winter, and today, out in the snowy woods with a thermos of hot chocolate, I felt like I could finally relax into the season. 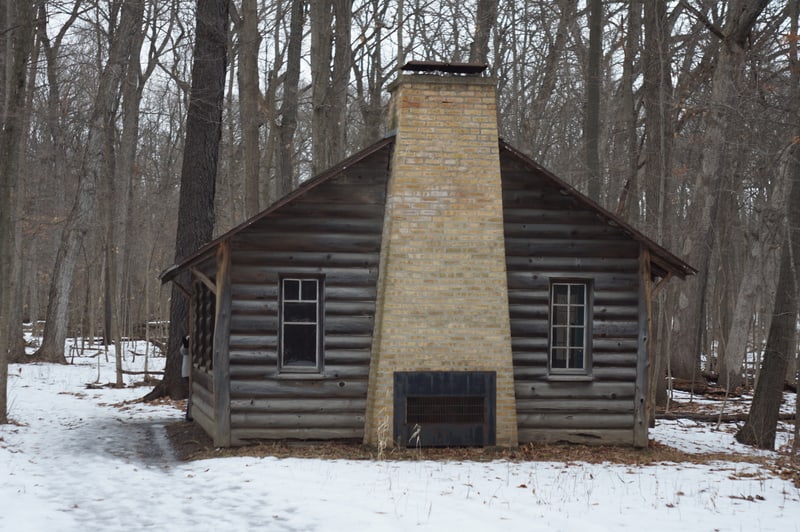