I Galena & environs. i 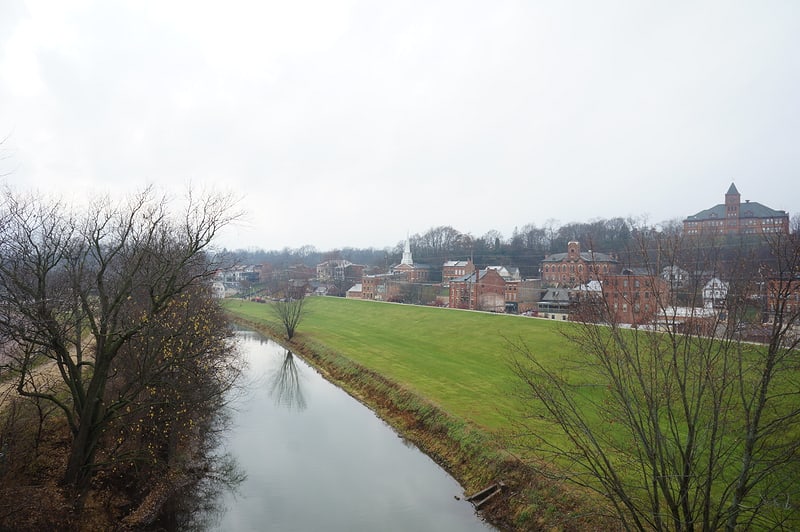 For M—’s birthday we rented a car and headed to Galena. It’s a tourist town and lousy with B&Bs, but we (I) had delayed too long in planning this trip and they were all full, so we ended up at the DeSoto House Hotel, a very cool old downtown hotel of the kind you don’t see much of anymore except in big cities at risible rates. The plan was: Friday night and Saturday in Galena, then Saturday night camping at Apple River Canyon State Park about 45 minutes away.

We arrived very late and, after checking in, walked Main Street until we came across the VFW hall, which looked much more pleasant than any of the other bars and seemed to be open to the public. 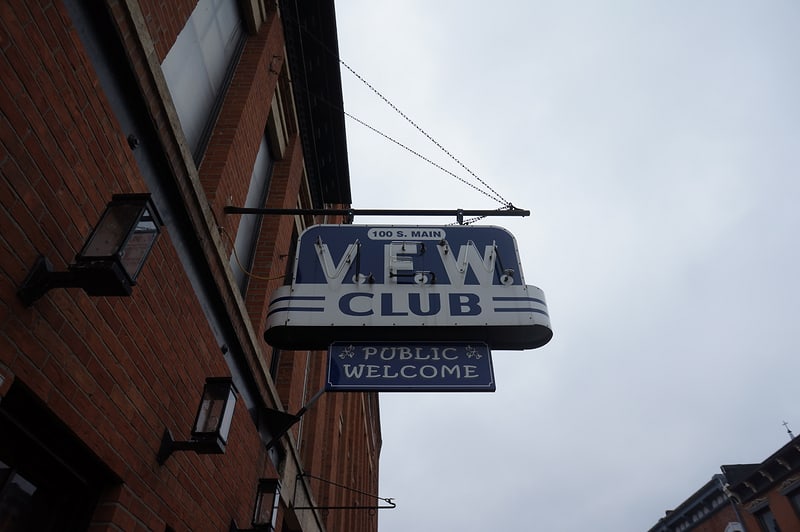 This bar was far and away my favorite thing about Galena, full of cheap beer and bourbon and popcorn and friendly locals. But it was late and we were tired, so soon enough we were back at the hotel enjoying the endless variety of reality television available.

It rained half-heartedly all day, but not enough to keep anyone inside. 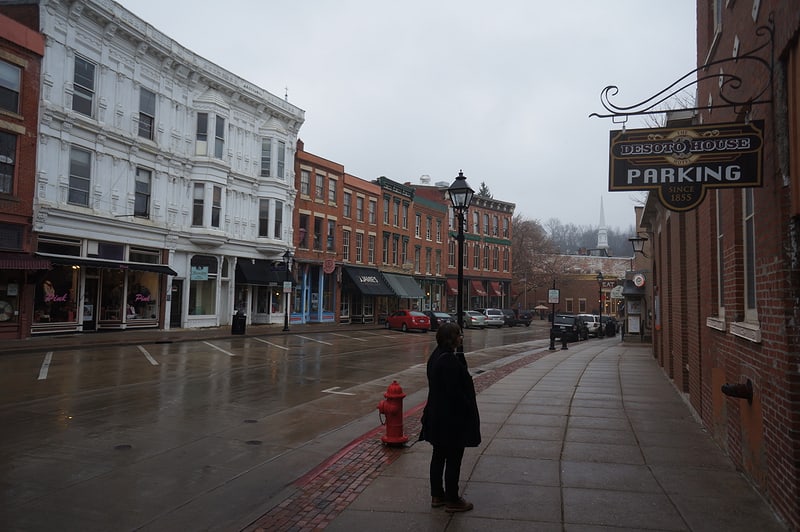 It’s a great walking town; you can even cross the (now much-diminished but once formidable) Galena River on a number of convenient pedestrian bridges. 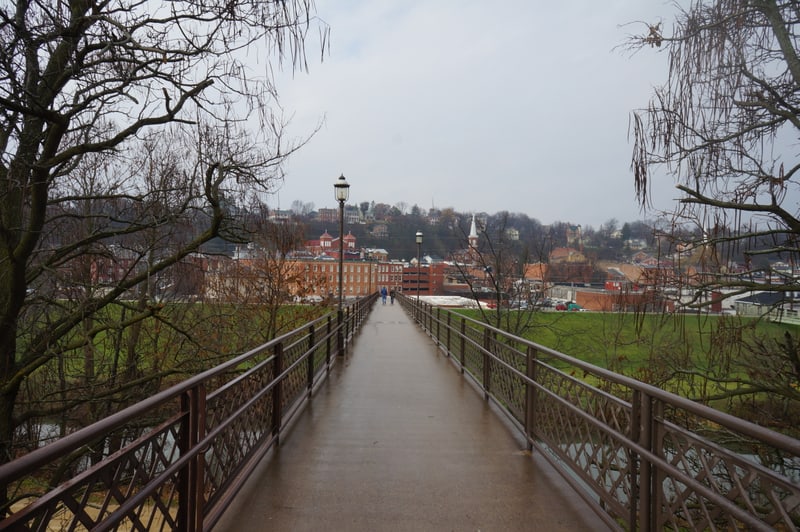 It’s built on what is (for Illinois) a very steep hillside, and there are stairways everywhere connecting the streets. 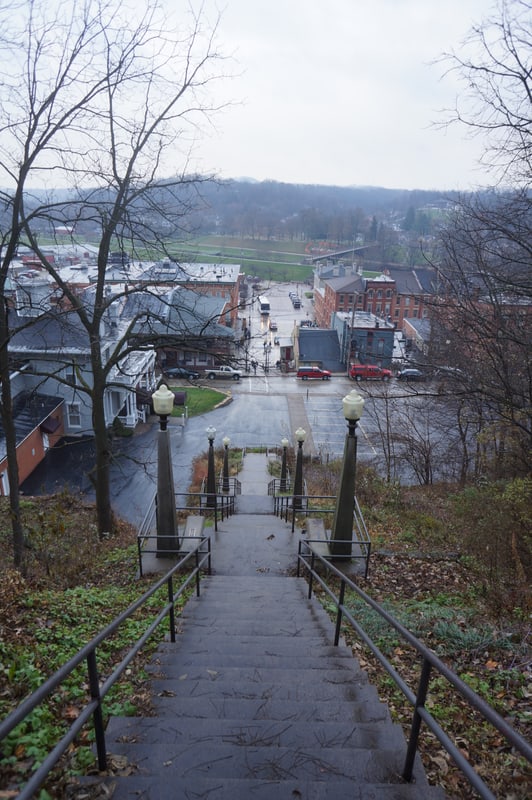 There are even little bridges connecting the streets at higher elevations to the upper floors of buildings that front onto the next street down. 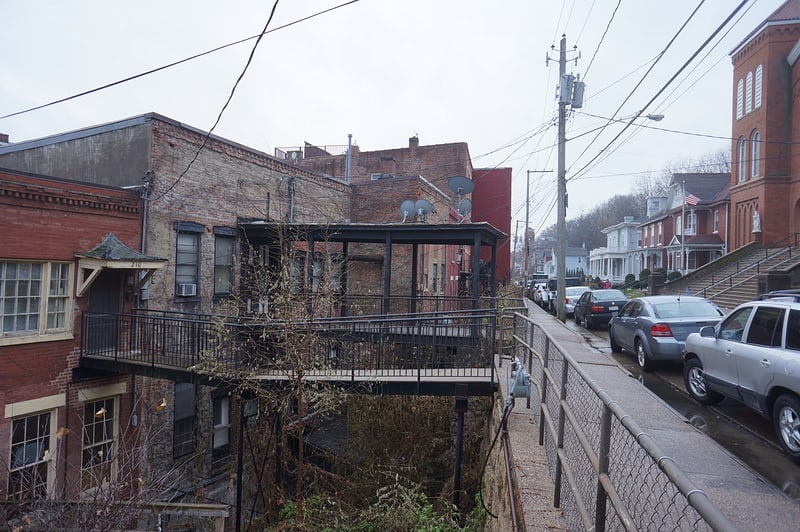 With the early November sunset creeping up on us and the constant threat of heavier rain, we headed out early to get to our campsite at the state park, hoping that the dirt roads wouldn’t turn into mud roads before we got there.

After October, the regular campground at Apple River is closed, but the youth group campground is opened to individual campers. It also remains open to youth groups, as we discovered when we found a half dozen tents pitched by the local Boy Scout troop. Fortunately we were able to find an area out of sight (though not out of earshot) of the Boy Scouts. We set up our tent and went off in search of firewood. This turned out to be a more considerable undertaking than we’d expected:

Finally we decided to drive to Freeport, IL (a much larger city of 25,000 people), 30 miles away, where we did eventually find a Cub Foods selling nice dry cherry wood. We’d given up on our campfire cooking plans by this point and stopped on the way back at The Rafters in Lena for a very nice and much-needed dinner.

We made it back to our campsite and built a wonderful roaring fire that burned hot and bright as the wind picked up. After we went to bed, it picked up some more, and so did the rain, which woke us up a few times throughout the night.

In the morning, we waited a couple hours in our tent for the rain to lessen. Finally we abandoned our plans to hike around the park that morning and began to break camp. Our campsite looked like this: 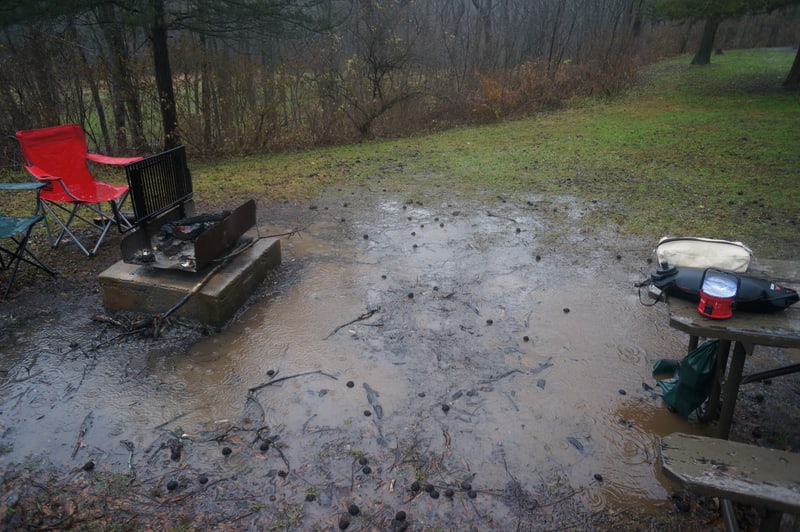 (Half an hour after this picture was taken, when we’d gotten thoroughly soaked taking down our tent and packing everything into the car, the rain stopped completely—though it did keep coming on and off throughout the day.)

After a restorative breakfast in Warren we decided that we simply couldn’t skip the requisite run across the Wisconsin border (only a few miles away) for New Glarus, so we headed north to Gratiot. Gratiot has only 236 people, but in true Wisconsin fashion it has several bars and, happily, a convenience store/post office/deer registration station fully stocked with Moon Man and Fat Squirrel. 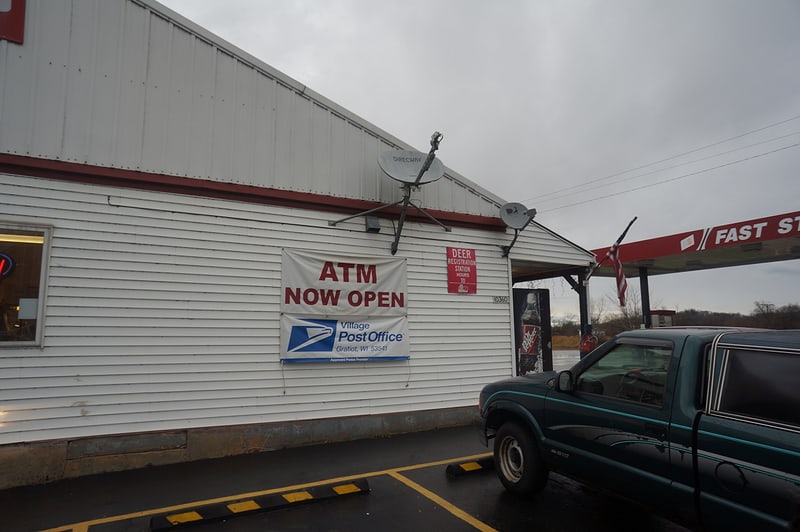 Then it was a grueling and seemingly endless ride back into Chicago complete with heavy rain and winds, a tornado watch, an hour of standstill traffic, and a complete closure of I-90 eastbound. But I can’t wait to get back to Apple River Canyon, which looked like it would be beautiful in decent weather.