A couple of years ago I bought a decrepit fillet-brazed Schwinn Sports Tourer (made in Chicago!) off Craigslist. And for those past couple years I’ve been telling myself I was going to get it fixed up with new wheels, functional brakes, new handlebars, etc.

This year I finally acknowledged to myself that this wasn’t going to happen–at least not soon enough to ride it this summer. So I bought a new bike. It isn’t as pretty and it isn’t made in Chicago, but it’s easy to ride and everything on it works.

It’s also–as you would expect–quite a bit lighter than the Schwinn. Or it was, until I attached a Wald folding basket (only one so far) to the rear rack.

These baskets are great. They’re incredibly practical. They’re dirt cheap. The construction is very solid and they are made in Kentucky. But they are very heavy, especially when you’re carrying your bike up to the third floor like I do every time I ride it.

Nonetheless, they are well worth the weight. I can keep a folded-up grocery bag in the folded-up basket: 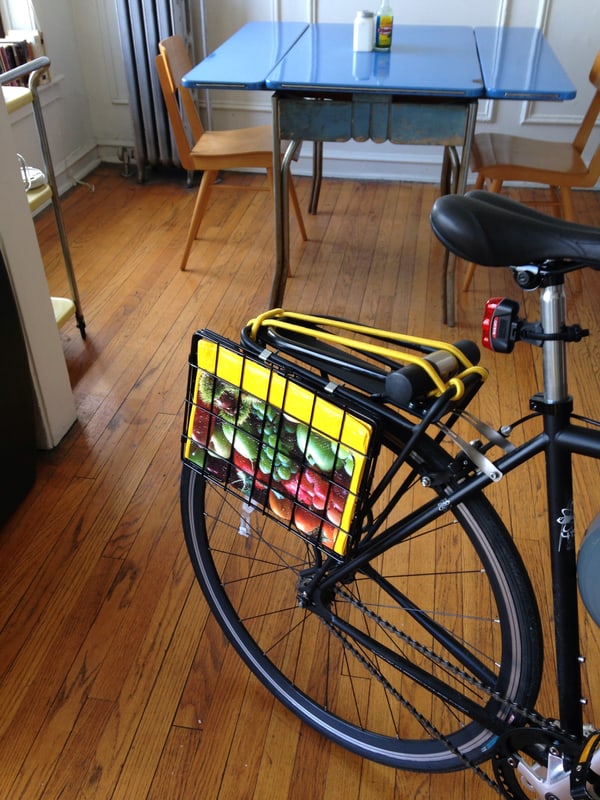 And a full grocery bag when the basket has been unfolded: 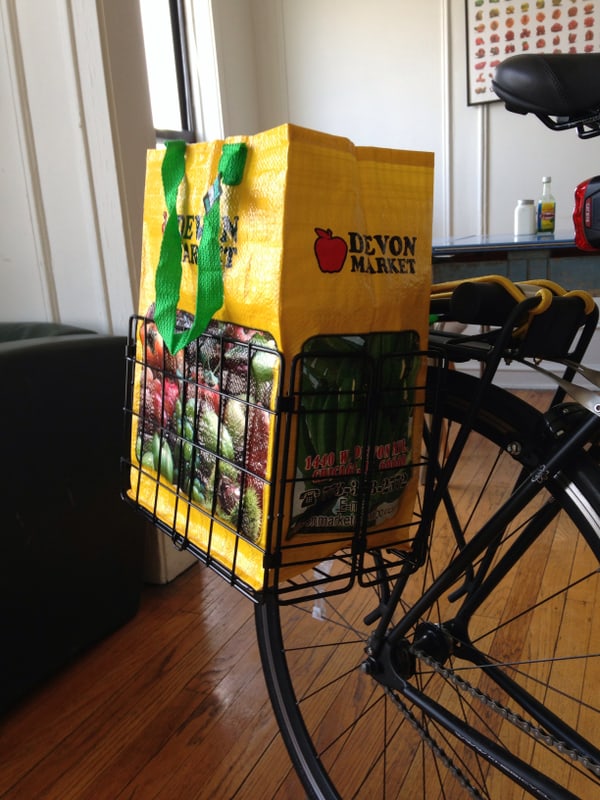 I didn’t expect my Filson bag to fit; when it and the Wald basket are placed next to each other, it doesn’t look as though it would work. But in fact it fits perfectly: 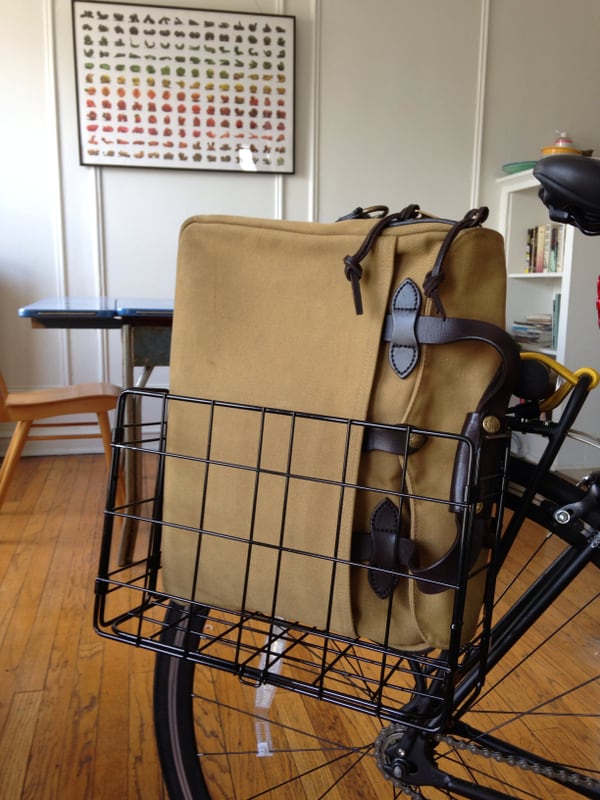 If you read about these baskets online you’ll find that many people don’t like the mounting hardware. Some people replace it with zip-ties. Other people use hose clamps. In fact, I found the “clips” that Wald ships to work fine. But the nice people at Uptown Bikes who sold me the basket included a packet of #4 allen bolts with nuts and washers, to replace the too-short English-threaded slotted hex head bolts that Wald uses. With the longer bolts, the fittings hold the basket securely to the Planet Bike Eco Rack I’ve got: 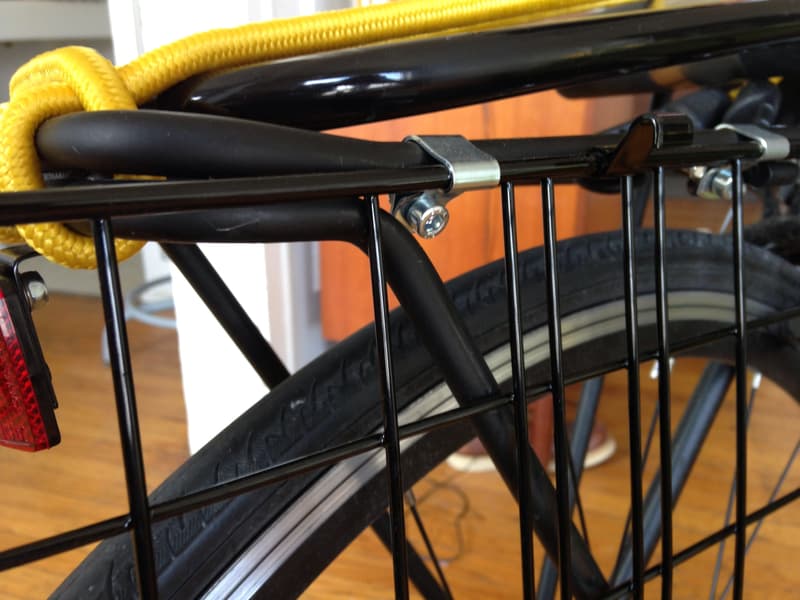 I mounted this basket fairly far back because I was worried about heel strike; I could probably have gotten away with mounting it a couple inches further forward, and I might eventually move it a little bit. I suspect I’ll get a second basket eventually; it would be nice to be able to balance heavier loads a bit more.