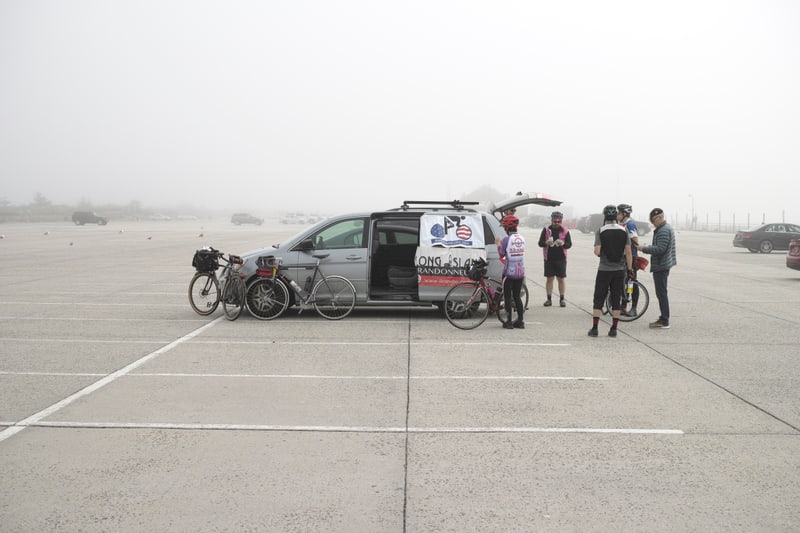 Yesterday I rode my second-ever RUSA-sanctioned ride (after the Fox Valley Permanent), and my first with other riders: the Long Island Randonneurs’ Jones Beach Populaire.

The ride was held the same day as the New Jersey Randonneurs’ Cranbury 200k, which seems to have drawn most of the more experienced crowd with the result that our group was comprised largely of new randonneurs. (One notable exception was a woman who had ridden in Paris-Brest-Paris.) I knew one rider from an overnight with 718 Cyclery to Beartown State Forest last fall. 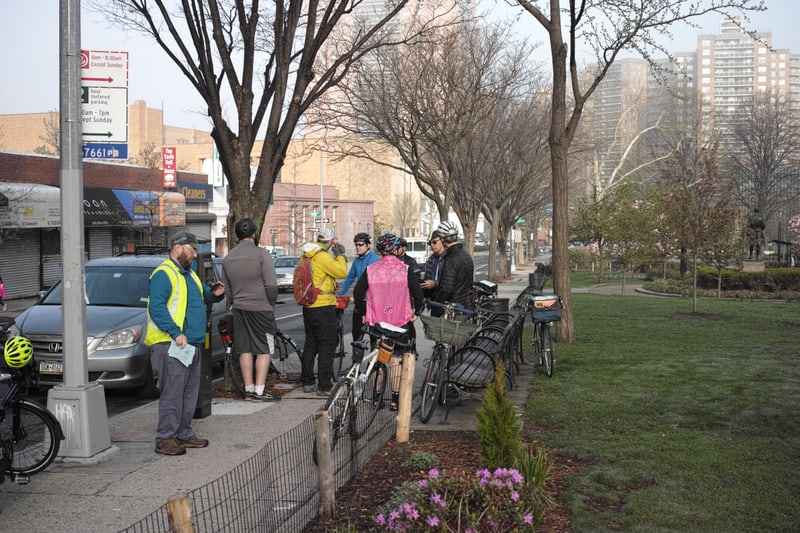 We gathered ahead of the 8:00 am start at MacDonald Park in Forest Hills, Queens, in a fog we assumed would quickly burn off but which in fact only grew heavier until early in the afternoon.

After bike checks and a few words from the RBA we were off through eastern Queens; the route had many turns and navigation was a challenge; I was very glad I’d brought printed cue sheets. When we entered Nassau County the route began to alternate between quiet suburban side streets and busy thoroughfares, until we reached the Jones Beach Bikeway, where the fog grew thicker and the breeze stronger as we approached the beach. 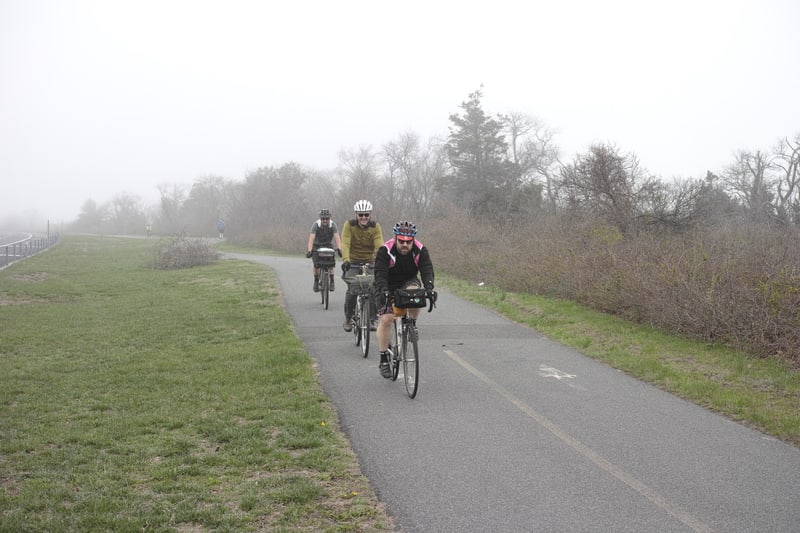 I visited Jones Beach as a child, but it’s been probably twenty-five years. It was no less vast than I remembered, and no less a temple to the car than Robert Caro led me to expect. On this chilly, foggy April day, with only a handful of people around, the effect was eerie. 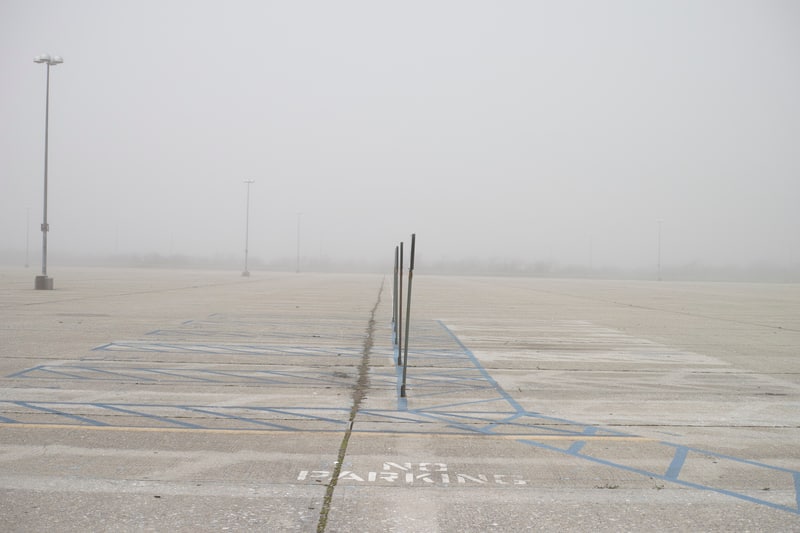 Our group arrived at the control around 11:00, where we restocked on water and snacks. The RBA had advised us that we had the option to continue along the bikeway to Tobay Beach and back for 120k, or to turn around at the control itself for 100k; a couple of us were eager to get going and headed off toward the Tobay Beach route. The fog was so thick that we could never make out the water, even though we were probably less than a hundred yards away.

The return route mostly retraced the outbound leg (another reason I was glad to have my cue sheets, as the overlapping legs of the route seemd to confuse GPS navigation). At some point we caught up with the group which had skipped the Tobay Beach option, and we all rolled into the final control together at around 2:30 pm, for a total time of 6h30m. (One rider’s GPS recorded a total of 1h30m stopped time, which seems plausible even though we’d spent no more than 15 minutes at the control; we spent a lot of time at traffic lights and stop signs on this route. My own phone’s recording of our ride was incomplete because I’d neglected to start recording until well into the ride.)

It was wonderful to finally get a chance to do a real randonneuring event, and I’m hoping to fit in at least one longer brevet this season. While the route did not change my feeling toward riding on Long Island, I enjoyed having a RUSA event so local that I could ride to the start from my doorstep in Queens. Thanks to the Long Island Randonneurs for organizing a great introduction to the sport!