I Camping at Shabbona Woods. i 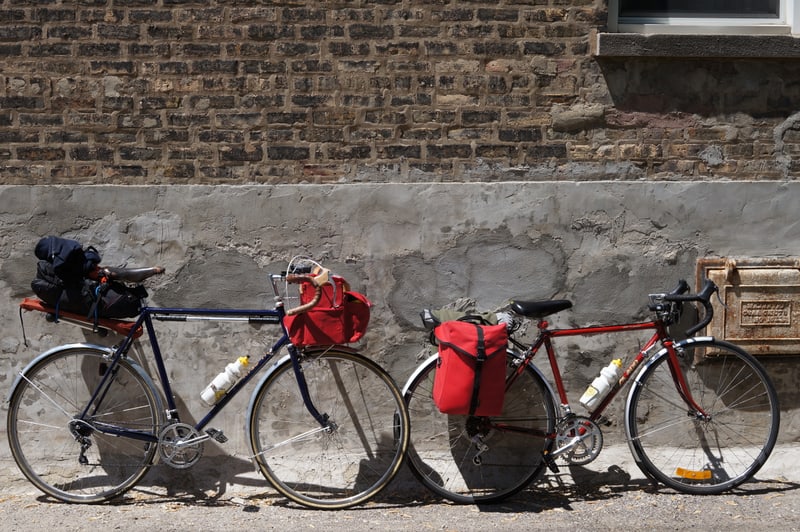 For the first time this year the Forest Preserve District of Cook County is allowing camping in the Shabbona Woods forest preseve–and, eventually, four other locations within the forest preserve system. I’ve been anticipating this for a while, so M– and I decided to make this our destination for our (belated) first bike-camping trip of this season–I on my new-to-me Velo Orange Randonneur and she on her new-to-her Trek 400, freshly be-fendered and equipped with short-reach brake levers courtesy of Uptown Bikes.

It’s a straight enough shot down the Lakefront Path to the Burnham Greenway, with the requisite stop at Calumet Fisheries (where we saw probably a dozen other cyclists pass through while we ate our food): 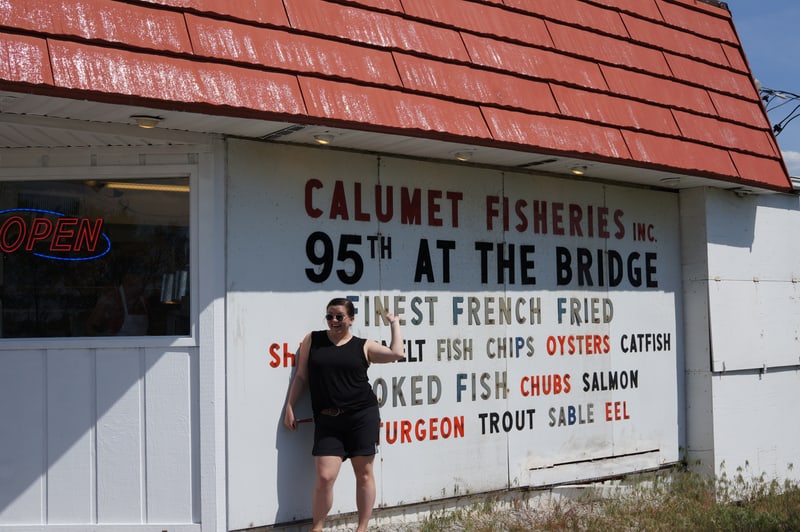 At Calumet Park we saw the only Electoral-College-themed graffiti I’ve ever seen:

Things got a little messy at the gap in the Burnham Greenway and we ended up on high-speed, no-shoulder, heavily-trafficked Avenue O/Burnham Boulevard for longer than I’d have liked. There was one lonely “To Burnham Greenway” sign coming out of Wolf Lake, but we never saw another; I’m not sure if we missed a pleasanter route or if this is the best there is. At any rate, I’m glad I signed the Active Trans petition to close this gap last week.

The campground, in the end, was a disappointment. The FPDCC campgrounds are apparently being managed by a golf-course-management agency, and it shows. While the forest preserve itself was heavily wooded and very attractive, the campground area had been completely denuded of any trees and had all the charm (and privacy) of a parking lot.

Moreover, we couldn’t even escape the desolation on one of the several hiking trails into the woods because–I swear this is true–at 5:00pm, more than three hours before sunset and only minutes after our arrival, the barbed-wire-topped gate into these trails was closed and locked.

We ran into one other group of cyclists (from Logan Square) who, sharing our opinion of the campground, were cutting short their planned two-night stay. It’s a shame that this campground was so poorly thought out; there is real potential here and it would be lovely to have more camping options closer to the city. Other county forest preserve districts have managed to build campgrounds that feel like campgrounds rather than golf courses: McHenry County’s Marengo Ridge, DuPage County’s Blackwell Forest Preserve, and Winnebago County’s Sugar River Forest Preserve. There is no reason Cook County shouldn’t be able to do the same.

We woke early this morning and, with a quick stop at the always-delicious Cal-Harbor Restaurant in Pullman, headed to the 95th Red Line station and caught the train home.